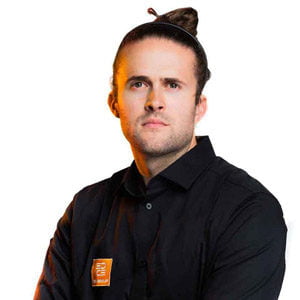 Are you wondering what investments you can use adjustable deck pedestals? Here is one of many examples.
In this article you will learn:
How to easily give yourself luxury
How easily you will return to warm summer memories
How will you build a ventilated terrace and become the hero of your own home

The exclusive Apart Hotel is located in the seaside town of Władysławowo. In this hotel was used a lot of adjustable deck pedestals.

Here is a brief specification of the investment:

In 2019, we had the pleasure to cooperate with the contractors of this investment in the scope of assembly works consisting in laying on the adjustable pedestals of exotic wood decks on all terraces of the facility.

Wooden terraces made of exotic boards were made both on the adjacent outdoor relaxation area as well as public places. i.e. public terraces, patios on the ground floor or forest footbridges.

The investment has over 1'500 m2 of built-in exotic board on adjustable deck pedestals.

Both in the company of terraces and the construction of small objects, seats, etc.

Talks about the investment started already at the end of 2018.

The wood had to be imported from exotic countries, which usually takes several months.

Also the assembly was scheduled for early spring, so the time was short.

We are a producer of adjustable deck pedestals, however, to ensure continuous delivery to regular customers and guarantee deadlines for the investment in question, we needed to have information about the start of activities several weeks earlier. Only then could we be properly prepared for all tasks and ongoing projects.

All formalities were completed in the last days of 2018. And then we go to start all operations.

It was agreed that the cladding board would be Brasilian Bangkirai laid on joists of exotic wood and on our adjustable deck pedestals DD Pedestals Standard series. Then we proceeded to the dimensions of the construction and determining the needs of individual elements.

When the material arrived, it had to be processed.

Before leaving for assembly, structural wood,

i.e. joists and the top cladding board, was impregnated with colorless oil,

which protected the wood against the harmful effects of atmospheric conditions, which are much more intense and variable by the sea than in the central part of the country.

This element is for attaching a joist (wooden or plastic) and screwing two adjacent joists together supporting.

The fitters saved a lot of time torsion of joists with separate steel plates. It also influenced the economic side of the enterprise.

The adjustable deck pedestals for joists turned out to be a bull's-eye. The spacing of plastic supports and their proper leveling was not an easy task due to the size of the surface and the need to adapt for many elements.

The use of such a solution also allowed to lead various installations under the deck.

Inspection outlets have also proved to be a very good place illustrating the usefulness of adjustable deck pedestals.

On the edge of a stable surface around the drain drain you can set an adjustable deck pedestals for joists to guide the deck substructure on them and safely install and aesthetically mask the resulting hole.

When the level of the terrace cladding was determined, and properly and carefully made, the employees could proceed with the assembly of the final surface cladding, i.e. wooden boards.

The investor chose the traditional assembly system.  ( small reeded board for the substructure from above with a screw ) .

If we decide on such a mounting system, the board should be drilled with a suitable drill, and then screwed with a stainless screw to the joist set on the adjustable deck pedestals.

The assembly was carried out for several months.

It began with long strings of hotel terraces along the building.  This terraces we instaled in concrete blocks.

This arrangement was also generated by other factors.

Due to the above, a system of alternating joining of boards has been designed. It allowed symmetrical spacing of the boards on the terrace course and this will affect the even pressure of the terrace covering.

Other great attractions could not be lacking in such a high-class hotel.

The investor's wish was to build the planks and joists on the terrace supports of swimming pools, jacuzzy, exercise areas, etc.

Of all the additional elements (except for horizontal terraces), the construction of the swimming pool on the upper floor was also designed.

One of the pool walls is made of transparent glass, which significantly enhances the visual effects.

The very construction of the wooden pool structure, with numerous steps, benches, seats, was made by fitters for many hours of work.

Only after preparing complicated elements could it be started to screw the cladding from boards to it. The final effect is amazing, but to see it we invite you to visit the seaside hotel.

On the ground floor in the public area there are also attractions in the form of two jacuzzy. After preparing a special construction, they were also enclosed with exotic boards similar to all other terraces.

Long pedestrian paths designed along the building lead to them.

Due to the difficult to tame coastal land, stable foundation of outdoor terraces was not an easy task.

It was necessary to compact the soil and stiffen it with concrete blocks set in dry concrete cement bedding.

The adjustable deck pedestals for joists thanks to the features it has, which allows us to adjust the height to each element of the building structure. This solution generates great convenience in the future for users who will not have to climb high thresholds or stairs.

Thus solution is no need to make ramps for prams or wheelchairs because everyone is able to cross the door by themselves and go inside, to the hotel reception or to the restaurant, cafe, fitness club

The whole ground floor relaxation area is located on the quiet sea side between the trees of the coastal belt. Crossing it will allow us to reach the Baltic Sea directly. When we spend our free time in silence, relaxing on the terraces, we can easily hear the sound of the Polish sea and the waves crashing on the shore.

Check out our complete guidebook page to ventilated terrace technology. Everything about the design, montage and application of terraces on adjustable pedestals and support pads in one place.

It is the only such complete page about raised terrace on the Internet.

Check out the guidebook

5 reasons why water on the roof stays behind after rain

What is raised patio terrace with pedestals?

The questions seems to be easy to answer. But let`s try to see it more detailed in this article.

5 rules to prevent the tiles on adjustable paving slab supports from cracking.

What are adjustable paving slab supports? Will ceramic tiles laying on adjustable pedestals crack? How much weight will they withstand?

The information read by cookies is used for advertising purposes, in particular to send our personalized advertising (profiling). You can manually change the cookie settings in your web browser. Continued use of this website without changing the cookie settings in the web browser is tantamount to acceptance of cookies and results in saving them on your devices. You can withdraw your consent at any time. The withdrawal of consent does not affect the lawfulness of the processing of data which was based on the previously granted permission.